Nick was born in Derby and achieved a BA Hons. at Chelsea School of Art. He has been a practicing artist for over 35 years. Nick also enjoyed an early career in music as a piano player with the band Siren and recorded several blues/rock and roll albums in the 1960’s on John Peel’s label.

His successful reputation as an artist has been gained by having exhibited in group and one man shows in galleries throughout the world including London, Milan, Winnipeg and New York. He joined The Portal Gallery in Piccadilly in 1997 where he has since had several successful one man shows.

Nick was commissioned by The Royal Mail to design a set of stamps for the Commonwealth Games which were on show at The Post Office Museum in Bath. In 1999 The National Portrait Gallery in London purchased a painting of film director Ken Loach for their permanent exhibition.

Nick opened his own gallery in London Street, (top end of Walcot Street) Bath in 1999 as an exhibition space and as a studio. He works in oil and pastel and is equally known for his landscape, still life and portraiture. 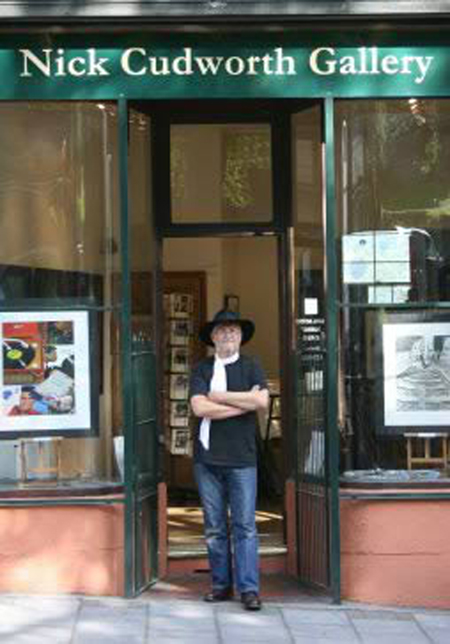